Media Manipulation: how the media harm your financial health

A friend of mine saw a story on Bloomberg about an exciting new technology. A few days later he read an article on the same thing. The sensational headlines ignited his imagination, and he decided to invest in the company developing the new tech. A few months later, the investment cratered. The jazzy headlines activated his emotions and sound thinking quickly evaporated.

Many investors think the financial media helps them make informed financial decisions. The world is awash in data, they say; there’s no time to sort through it all, so they turn to the media. They figure that they can rely on media reports to separate the signal from the noise–to give them a compact distillation of what they really need to know to make good financial decisions. But this view is mistaken.

First, many financial journalists have a relatively poor financial background. I learned this lesson firsthand by contributing to dozens of media articles where the writer had less than an elementary understanding of the topic being covered. Financial writers are good with stories and words, but they often have a shallow understanding of financial matters.

Second, media companies don’t aim to extract essential data to help your financial decision-making. Instead, they’re focused on promoting a particular point of view. They tell good stories, but not necessarily accurate ones. They enable readers to imagine how things could be, not necessarily how things are. In fact, The Guardian estimates that 95% of financial media headlines are sensationalized. Why? Because the media are in the business of selling advertising. Most media outlets belong to huge public corporations like Time Warner (CNN) and Viacom (CBS) that prioritize the financial interests of their shareholders over the public interest in complete and accurate information.

The click culture has made matters even worse: media sources face more competition because there’s more content available for people to view. As a result, there’s even more incentive to exaggerate for attention and effect. The reason is simple: the more readers, viewers, and clicks they get, the more they can charge people for advertising with them. Most people decide to click (or not to click) based on how they feel in the moment, not after deliberating methodically with a list of the pros and cons of clicking. As a result, the stories that the media print aim at triggering emotions and exciting imaginations; they don’t necessarily aim at communicating information that’s complete and accurate. They substitute emotional manipulation for rational argument.

How the Media Deceives You

The incentives driving the media industry mean that you can’t rely on them for information that’s accurate and complete. Financial life is often messy and has erratic factors that defy well-scripted storylines. As a result, crafting stories that attract readers often involves taking creative liberties with the facts and how they’re presented. It involves amplifying things that readers find interesting or exciting, and avoiding details that they might find dry or difficult. Yet those details are often essential to getting the facts straight.

One way the media bend the facts is with charts and graphs. You can’t watch a financial news channel for long before they present charts and graphs to reinforce their narrative. But it’s easy to portray numbers in misleading ways. The two charts below represent the same data, but they do it in different ways. Each depicts stocks, bonds, and inflation from 1926 to 2020. One chart shows a steady march upward over time for the markets, while the other reflects a much more bumpy trajectory. 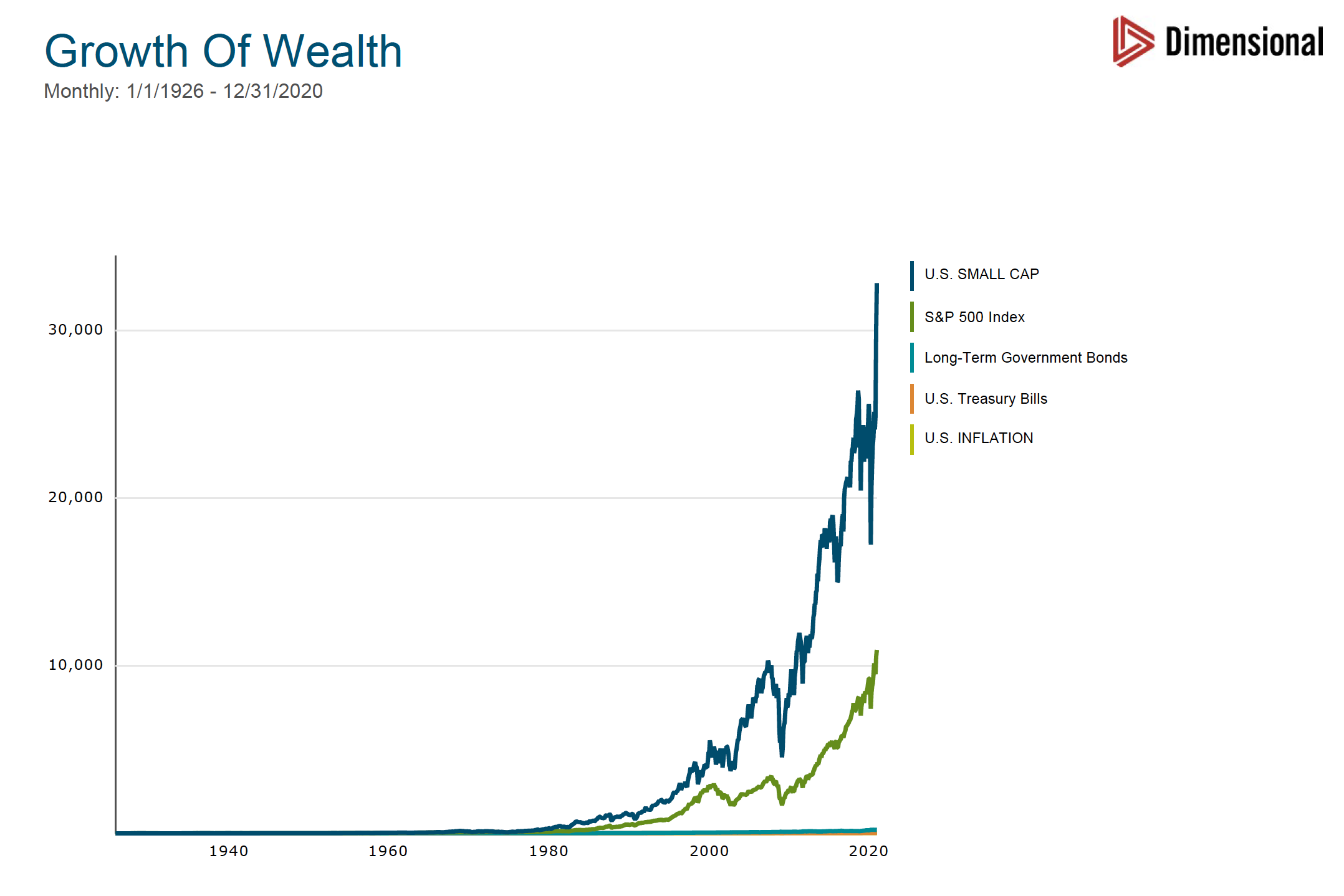 In the top chart, you can easily see the Great Depression near the bottom left edge. But it isn’t even discernible in the bottom chart, even though there was a severe market decline of over 80%. Which chart will the media use? That depends on what kind of story they want to tell. If the media wants to emphasize how stocks can decline for years at a time, they’ll likely use the top chart. If they instead want to focus on sharp increases over time, they’ll likely use the bottom chart.

Good investment decisions depend on getting the facts straight. But media reports often aren’t trustworthy for the reasons we’ve described.