No one likes making mistakes. But they happen. People fear them because they think mistakes highlight some personal defect such as lack of intelligence, competence, or character.

The reality is this: mistakes happen even to the best of us. That includes the smartest and most skilled. Mistakes are just part of life, and the biggest mistake by far is not learning from previous mistakes and then repeating them.

One way to avoid costly mistakes is to seek advice from people who have witnessed a lot of them. We’ve been working with successful professionals and business owners for 35+ years, and have seen every kind of financial mistake. We’ve found that those mistakes fall into two broad categories:

Mistakes by invention are the direct result of choices you make. Examples include buying a vacation house that you can’t afford, taking on debt without a productive use or realistic plan to repay, and jumping in and out of the stock market based on emotion.

Mistakes by inattention happen when a decision becomes a mistake due to neglect. Examples include failing to adjust your portfolio when major life circumstances change, putting your investments on auto-pilot and not reviewing when fund managers change or failing to update retirement plan beneficiaries to ensure they match your estate plan.

Here’s our list of the Top 10 Financial Mistakes common to investors at any stage of life:

1. They focus on the wrong risk.

Clients sometimes say they want to avoid risk in their investments. If you follow the low risk/no risk approach, you also limit your ability to earn reasonable returns.

A client called me during a volatile period in the market a few years ago. The stock market was “too risky,” he said; he wanted to get out. I reminded him that to sustain his lifestyle in retirement he needed his portfolio returns to outpace inflation, and that the stock market was the best way to accomplish that.  But he kept repeating “too risky” like a mantra, got out of the market, and we parted ways.

I ran into him a few years later. He said he’d had to sell his mountain house in order to refill his cash coffers. His lifestyle was declining, and it was a direct result of letting short-term market risk overshadow his long-term goals. The only risk that really matters is the risk of you failing to achieve your most important goals. Keep those goals top of mind. 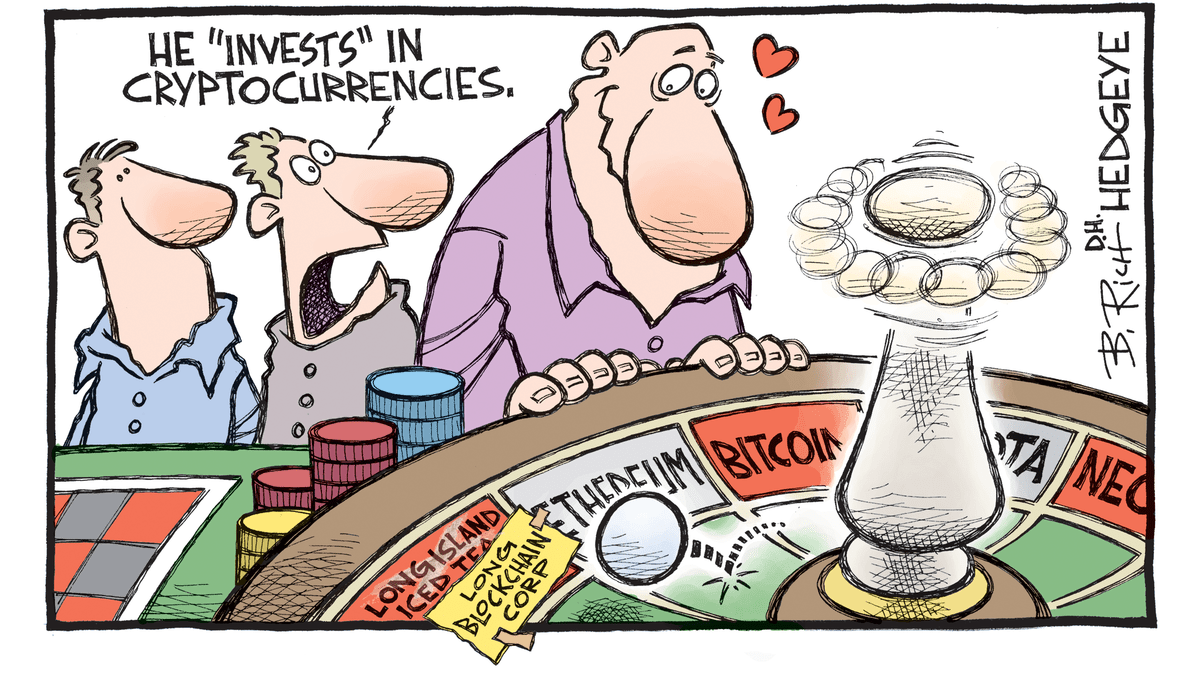 Chasing hot investments can be exciting. There are always new and seemingly lucrative investments. Cryptocurrencies, hedge funds, and indexed annuities might appear attractive, but they only fit the investment goals of a small subset of the investing public. “Hot” investments and other shiny things can distract you from your larger financial goals. Let those goals determine your investing decisions. 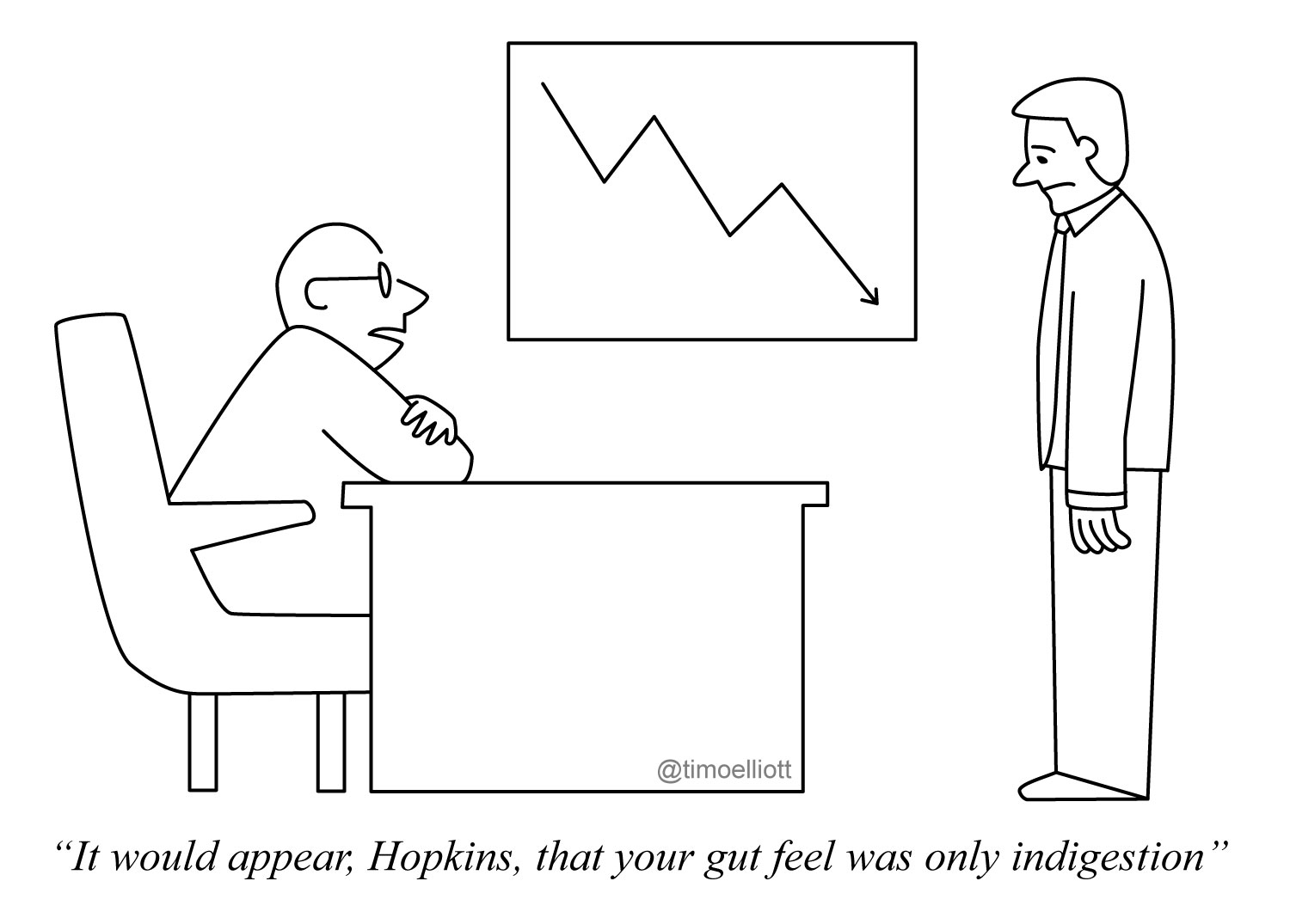 3. They make financial decisions based on emotion.

Human emotions evolved as rapid responses to immediate environmental threats. But they don’t work for long-term planning and can trigger unforced errors in your financial life.

A young physician once came to us for help. He said he wanted to get out of debt and build more liquidity, so we discussed how to go about doing that. No sooner had we finished when he began describing a beach condo he was planning to buy because it was “such a great deal.” I reminded him that buying the condo would increase his debt and lessen his liquidity—exactly the opposite of what he was trying to accomplish. It became clear that he was in the habit of letting his emotions govern his financial decisions—something that could lead to financial problems down the road. Instead of emotions, base your financial decisions on your specific long-term goals. Let those goals help you determine what to do with your money in the present.

4. They pay too much attention to benchmarks.

Many investors use benchmarks, like the S&P 500 (the largest 500 stocks), to compare portfolio returns. But most investors don’t have portfolios that mirror the S&P 500, so it’s not a helpful benchmark for them.  Short-term performance relative to a benchmark is a distraction! The only benchmark that really matters is how you are moving toward your particular goals. Forget other benchmarks.

5. They fall for things that create a false feeling of certainty.

People crave certainty: they want to know for certain how the future will unfold. Mistakes happen when this craving influences decision-making. There’s no way to predict the future, so trying to engineer financial choices to achieve an illusion of certainty sets you up for failure.   Just because a computer algorithm spits out a financial plan with a precise likelihood of success doesn’t mean it’s going to happen. The future is always unknown.

A few years ago, a client sent us a report from a large brokerage firm predicting that oil prices would rise to $170/ per barrel. Since big-firm analysts had written this report, he concluded that it was highly reliable. But it wasn’t. In reality, oil prices ended up ranging from about $120 on the high end to $30 on the low end. They never came close to $170, yet he felt certain they would.  Resist the allure of false certainty! Realize that even though we don’t know for certain what will happen next, we do have a good idea of the range of probable long-term outcomes.

6. They blame other things for their own mistakes.

Sometimes investors blame their mistakes on other things—their background, their stage of life—even their spouse.  You control your behavior and your decisions. Don’t blame other things for the messes you create. 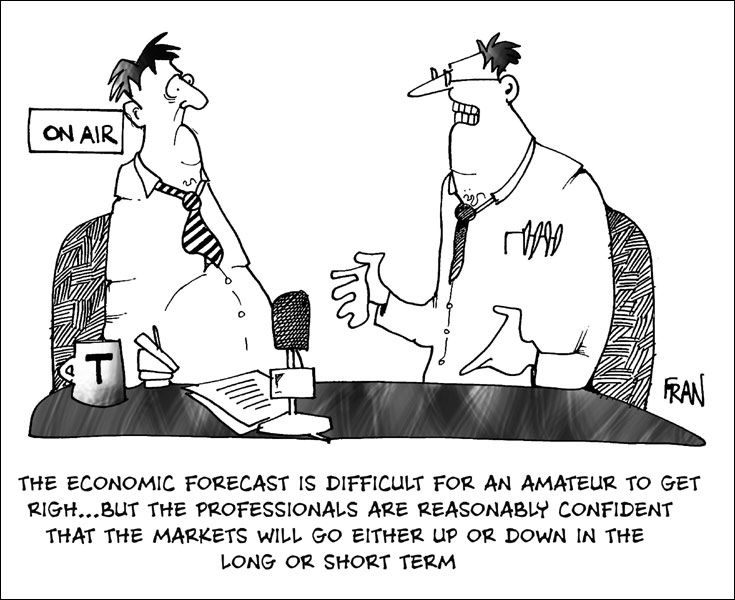 7. They focus on forecasts.

The financial media and talking heads love to proffer forecasts about the market. But forecasts are just guesses about what might happen in the future and are therefore fraught with error. Instead of relying on forecasts, rely instead on market history. It tells what actually has happened, and hence gives us insight into what likely will happen over the long term.

8. They think short-term, not long-term

9. They try to imitate someone else’s goals

Some investors regurgitate goals that have little meaning to them personally. For example, they’ll say they want to buy a second house or retire early, not for any good reason but because they heard it from someone else. In reality, they’re borrowing talking points from others. These points may sound plausible, but they’re useless for the financial planning process. To achieve financial well-being, your long-term goals must be meaningful to you.

“Beware taking financial cues from people playing a different game than you are.” (The Psychology of Money).

Many smart and accomplished people read about financial planning, (including articles like this one), and think they’re ready to go alone down the river of personal finance. But those waters can be treacherous, and trying to navigate them without an experienced guide can result in disaster. You can avoid costly mistakes by partnering with an experienced advisor and letting them guide you toward your goals.

Things don’t always go as planned in life. We’re here to help. Whether you’re trying to recover from a costly mistake, or need guidance reaching your goals, we can get you on track and keep you there.

Ready for a real conversation?